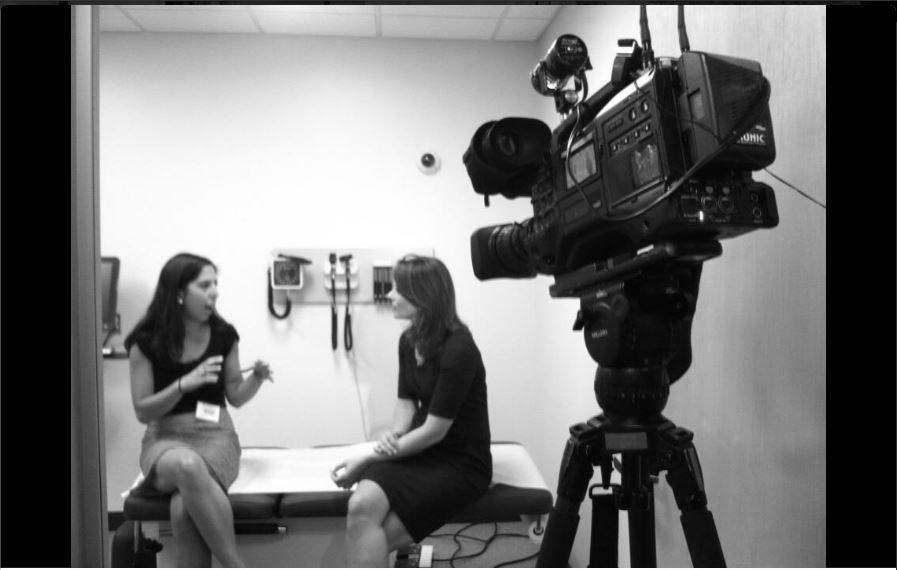 Media in Medicine Study on Doctor Preparedness to Treat Vets

Full study can be accessed here.

(ATHENS, Ohio – June 2, 2015) A study by Media in Medicine researcher Todd Fredricks, D.O., an assistant professor of family medicine at the Ohio University Heritage College of Osteopathic Medicine, has found that many physicians feel uncomfortable or unfamiliar dealing with health-related exposures and risks that veterans might experience. They also want more training to understand and identify military-related health issues. 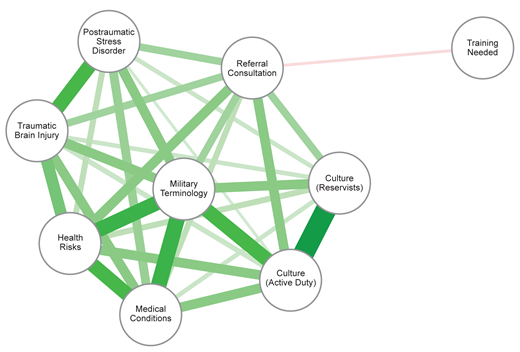 Visualization of correlation matrix of results of a survey on civilian physicians’ perception of veterans’ health care issues (N=135). The circles represent survey items, and the lines represent a Pearson correlation coefficient between 2 items. The line width depicts the absolute values of correlations (ie, a thicker line indicates a greater correlation). Green and red lines represent positive and negative correlations, respectively. Pearson rs less than 0.3 are hidden and all displayed rs are statistically significant (P<.01).

Nearly 150 physicians participated in the survey, which was recently published in The Journal of the American Osteopathic Association (JAOA).

“This study is important because most veterans are seen by civilian doctors, and many veterans, especially those who have served in areas of conflict, have unique health issues. Doctors may not understand the terms vets use or know the right questions to ask about specific health risks veterans might experience, such exposure to chemical weapons, smoke or depleted uranium,” said Fredricks, the lead investigator on the study.

Results from the study spurred the creation of the Veterans’ Project, a documentary currently being filmed that features combat veterans talking about their health care experiences.